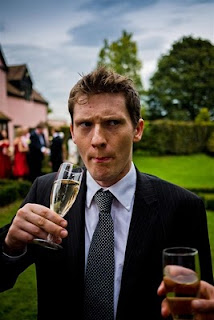 I wear several different hats on this blog, so it can come across as a bit of a jumble.

As far as work goes, until recently I worked in market research, where I specialised in social media research for Ipsos MORI, also dabbling a little in online communities and mobile research. I'm in the process of a big career change at the moment - I'll be working to keep Lambeth safe and secure. We're discouraged from talking about work too much online - which has always seemed a little odd to me, I'd never say anything I wouldn't be afraid to say in public - but there you go, so I probably won't write too often about work any more.

Maybe you're here because you stumbled across something I wrote about my local area: until 2015 I lived in Willesden Green but have just moved to Tooting.

Some other things that interest me:

The parallels between science and marketing. Walking and wild camping. Food: especially Middle Eastern, Indian and Vietnamese. Nuclear fusion - I firmly believe that fusion power will save the world - literally. Rough, raw, dirty Latin jazz. 20th century neo-classical music (especially Hindemith and Stravinsky) and Impressionist music (Debussy, Ravel). Dodgy bossa. Traffic modelling (I pay a very amateur interest!). Neighbourhood and intelligence-led policing (more of a professional interest here; I also pay a good deal of attention to how social media intelligence  - similar to the day job - can be used for policing purposes). Electoral reform: my days as a party political activist are behind me, but this remains a crucial issue for me. Films: worryingly, many of my all-time favourite films feature a lonely and/or perverted protagonist: Perfume, Hallam Foe, Lost in Translation, Amelie, Closer - I hate to think what this says about me. And so on...

So this blog is really just a dumping ground for all the poor thoughts that I have which nobody wants to listen to, so I can give them a good home. Welcome aboard...
Email ThisBlogThis!Share to TwitterShare to FacebookShare to Pinterest